It’s late at night, you just finished your gruesome commute home from work, you take off your uncomfortably tight work shoes and the fatigue that has accumulated all day hits you, like a fast-flying foul ball, smack in the face. Ouch. You’re mentally and physically drained of any ounce of energy you may have woken up with this morning, so you blindly waltz over to the phone and call the nearest pizza delivery joint, as this requires the least brain power and physical exertion possible. Eek. Is this a good choice? Is this a necessary choice? So many of us struggle to make healthy habits a part of our day, but it can’t be impossible….right? By examining some of the leading research on willpower discussed in The Power of Habits, we can start to feel a little less helpless when it comes to late night food choices, and our choices and behavior in general.

It seems that our willpower, our ability to resist temptation, to maintain self-control, is like a muscle. It gets tired. It fatigues with time. It requires both fuel, and a plan to keep going, to keep progressing. In fact, in a rather amusing study, researchers have systematically and continuously found that when study participants were asked to resist something delicious like oven-fresh cookies, and asked to instead eat something they did not desire, radishes, and were then asked to complete a willpower-testing puzzle or game, those who had to resist the cookies failed significantly quicker than those who were able to eat the cookies if they wanted. I don’t know about you, but this sounds like a painful experiment to have tricked someone into willingly signing up for! Unless, that is, you were in the cookie-eating group. Let me get back to the point. Essentially, the experiment shows that the more we are forced to use our willpower, the harder time we have maintaining control. Thus, it makes sense that after a stressful meeting you give in to your craving for that cupcake sitting in the office kitchen with unthinkable speed. And it makes sense that after yelling at your kids all day, you easily pick up a fork and eat a portion of their mac ‘n cheese. So, is the answer to not test your willpower? Just give in to guilty pleasures because you’re bound to break down and eat the chips and chocolate hidden away in the back of your cabinet anyway? No. Instead, it appears that willpower can actually be learned and improved.

In another study, it was observed that people who were placed on an exercise regimen ended up not only making better choices in terms of exercise, but their improved habits extended into all other areas of their lives – drinking less coffee, smoking less cigarettes, eating healthier dinners, even making better financial decisions. In order to test this further, the study was repeated by putting people through financial management programs and academic improvement programs – the same results were observed. When people had to learn to make better habits in one area of their life, working on their willpower, this newfound willpower and ability to make better choices extended into other unrelated areas of life as well, no matter what the original program was centered on. Everyone improved their diet, exercise, smoking, finances, studies, work productivity, etc. simply by making it a habit to consciously make better habits. So don’t sit back and give in to your fatigued willpower, make a plan to fight your willpower.

It doesn’t have to be rocket science either – this can be as simple as writing down how you plan to deal with moments in which your willpower is tested. For example, you might write down “When I come home from work and all I want is convenient and delicious frozen pizza, I am going to ______”, where the blank might read something like “be prepared with already cooked meals I prepped on the weekend” or “buy lots of fruits and vegetables to quickly throw together some healthy snacking options”, you get the picture. “To avoid feeling too tired after work to go to the gym _____ I am instead going to lay my clothes out for the gym in the morning before work.” It is all about having a plan in place, even for simply one situation in which your willpower might be tested, because fortunately for you, it has been proven that this will extend into other areas of your life as well. Making good habits will become a habit. Learning to systematically employ willpower will lead to automatic, unconscious willpower. 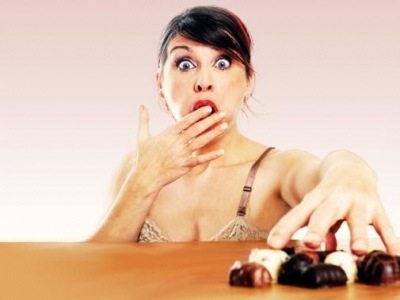 Remember, perfect practice makes perfect. So if you do anything well, it will become second nature to you. Establish a plan for times in which your willpower is tested, and stick to it. Pretty soon you’ll be placing your gym clothes out the night before, going to the gym early, and already having a healthy dinner ready to go for when you get home from work. You don’t believe me? I challenge you to prove me wrong!

One thought on “Don’t Test Your Willpower”